Freebies are over. Recently, Counter-Strike: Global Offensive devs have introduced a ranking system.

Now, instead of guaranteed slots at the upcoming major for the 14 best teams, everything is decided on regional ranking tournaments. Everything is fair: who earns points, goes to the major. The new system is, frankly, good, but it's also destroyed the community's long-standing ecosystem of majors.

We're taking a close look at which teams the new system benefits, and who's poised to suffer because of it.

Who's got the advantage?

The Europeans are super-promising! The fact that they show decent results from the jump is already good. But OG still need a few more months to get to their peak.

Why is that? It's simple: OG is a “young” team, as funny as it sounds. The guys got together at the beginning of December 2019, but the team found their mentor, (OG is coached by Casper “ruggah” Due,) only two and a half months ago.

Taking into account the fact that OG is an international team, whose players used to be teammates on FPL; for these two and a half months, the Europeans have only just been able to set a game on all the maps they play.

Aleksi “Aleksib” Virolainen is a strong ingame-leader, in addition to which OG has picked up a judicious coach who can find atypical exploits in the game of enemies. That said, ruggah’s teams tend to play the more slow and cunning game compared to Aleksib’s. Which meant they had to find a compromise.

OG grows as a team daily, with every match. By the November Major, the European team should reach its full potential. Plus, taking into account the fact that Europe is given  11 slots, OG фку are definitely able to fight to get to Rio.

Pretty entertaining situation. It seems like the core  team of four people used to play together alongside the coach, and the Norwegian Håkon “hallzerk” Fjærli. So he fits the team perfectly.

Add vENdetta as the analyst and the team's nasty style of play; on defense — versatile aggression, as attackers — arrogant, nasty, deep lurkers, and you have a very solid team.

Dignitas will only get stronger and stronger over time. The players are motivated, the team has a great synergy of characters and playstyle, as well as a good tactical base.

No matter how much people joke about the age of Christopher “GeT_RiGhT” Alesund and Patrik “f0rest” Lindberg, Dignitas is set to become a prime contender for Rio.

The situation is quite different with the American powerhouse. Complexity are no doubt hoping the coronavirus problem will resolve within the next 4 months, in time for the fall ranking event.

They put on an incredible showing at their first LAN event. But then, their online results sank, despite performing decently throughout the game. That's just the mood and style of the event. It was very different from what was in London at BLAST Premier Spring. Synergy, charge, attitude — Complexity is a typical LAN team.

More than likely, coL will struggle to reach the Major even online. The team is also typically underestimated by the community. But, thanks to the new ranking system, they surely have more chances to qualify for the Rio Major via LAN tournaments.

The finalists of the last Major aren't in the best condition at the moment. StarLadder Berlin Major could be a great springboard for the Kazakh team, but they have been just suffering over recent months.

When Virtus.pro bought out the AVANGAR team, (for an amount that exceeded $1,500,000 USD, according to rumors,) the agreement probably included an understanding about the team's upcoming slots. Potentially, that Virtus.pro could have a direct slot in the second stage of the ESL Rio Major and, a slot at the Major following. This makes sense, since that kind of money used to be enough for just one victory in the main group stage.

Well, it didn't work out. Instead of a slot at the November major, VP received 800 ranking points and it's still unclear if that's a lot of points or a little.

Considering that Virtus.pro are not in the best shape right now, the team is definitely not going to have an easy walk in CIS. Especially with the start of the first ranking tournament less than 10 days away.

There’s nothing sadder than what has happened to ENCE sincethe departure of Aleksib. It surely was a mistake. But none the less, with the set of performers that ENCE have, it’s hard to imagine the low-quality play we've seen from them over the last six months.

ENCE has a list of in game problems that can be solved. Mid-round calls, too smooth round tempo, predictable patterns of behavior of the anchors, inflexibility in using defaults.

But it takes time. And patience. Neither of these seems to be left for ENCE.

The European Road to Rio is about to start, and DeKay announced ENCE is considering signing Elias “Jamppi” Olkonnen.  Maybe slightly off-topic; it seems likely Jamppi will replace Sami “xseveN” Laasanen. But this seems pointless because the use of Jammpi or Aleksi “allu” Jalli in any position other than the main sniper is questionable. How they will divide the sniper stick is currently a mystery.

In general, ENCE have been stuck in one place for several months. And, like VP, instead of a guaranteed slot in the second stage of the Major they got only ranking points. Given the current strength of the European region, it seems like it will be extremely difficult for ENCE to gain the ranking points they need and earn a spot at Rio.

AkA  ex-CR4ZY. The guys made a great run at the StarLadder Berlin Major, even almost getting to the playoffs. But after that the European team went out, and to this day has not shown us anything decent. Instead of a slot at the Major in Rio, C0ntact gets a small number of ranking points and the luck of facing the meat grinder that is the European region.

The entire game of the Brazilians could be described akin to prolonged agony. We only see rare glimpses of decent play and results. The American region is now stronger than ever, (both in terms of the top and average level of the game.), It will not be a surprise if Made in Brazil makes a mess of rankings, and doesn't get to the Major in Rio at all.

Of course, all this analysis is based on the hope that by September the global situation surrounding the coronavirus will have improved. As things currently stand, even attending a November LAN event could be touch and go for some teams. 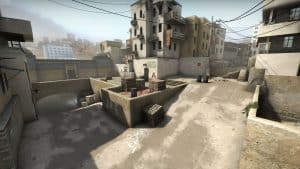