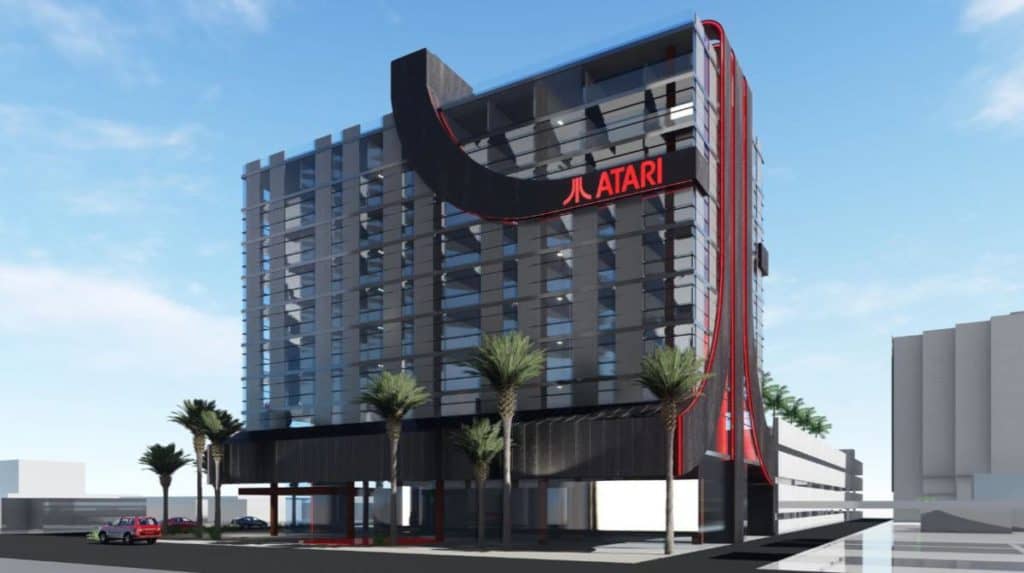 Video games and nostalgia has become a common trend in the past few years, where many companies reinvent older consoles, often ending up in half-cooked cash grab gimmicks. Atari Interactive is taking a different approach, stepping out of the console market and into the hotel business. On Monday, January 27th, the company announced the planned construction of eight Atari themed hotels.

The hotels are aiming to be a revolutionary immersive experience, not only budding with retro video game references but also offer state of the art virtual reality and augmented reality experiences. The first thought that came to mind is “Ready Player One” but in a hotel format that may or may not hold up over time.

Aside from including a variety of virtual and augmented reality experiences, the hotels will include classic Atari games and references, an esports studio, meeting and event rooms, restaurants, bars, a gym, and even a theater are all planned. The gaming company isn’t going at it alone, pairing up with GSD Group and Arizona-based real estate group True North Studio to break ground on the first of its kind hotel in Phoenix, Arizona late 2020. Additional hotels are planned for Las Vegas, Denver, Chicago, Austin, Seattle, San Francisco and San Jose making this sizeable investment news-worthy.

CEO of Atari, Fred Chesnais stated, “We are thrilled to partner with GSD Group and True North Studio to build the first-ever Atari branded hotels across the United States. Together we’ll build a space that will be much more than just a place to stay. Atari is an iconic global brand that resonates with people of all ages, countries, cultures and ethnic backgrounds and we cannot wait for our fans and their families to enjoy this new hotel concept”.

This change in traveler experience comes with the boom of esports and video games in modern culture and younger generations. Las Vegas is a hotel haven, and there has been a shift in the design of refurbished hotels, aiming for a more modern feel. Hard Rock Cafe and Circus Circus focus their theme and entertainment around old culture staples which could significantly affect their visitors and revenue throughout the year.

Shelly Murphy of GSD Group noted that “Atari Hotels will be the first of their kind in the U.S., offering gamers of all ages the ultimate in immersive entertainment and in every aspect of gaming. We’re excited to be working on this project with such great partners and to bring a big win to Arizona,”.

If the Atari Hotel succeeds, it could become a massive momentum switch in modern entertainment despite their retro roots in games like Asteroids, Pong, and Missile Command.