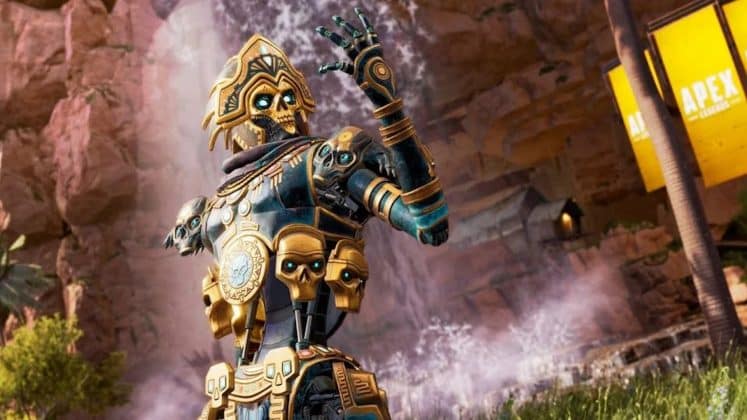 Apex Legends’ meta is shaking up with the Lost Treasures balancing update with Revenant becoming a top-four Legend.

The Apex Legends meta update is one of the most solidified metas in esports. In recent months, Gibraltar and Caustic have shaken up the Wattson, Pathfinder and Wraith meta, which has dominated for the longest time. Despite this, they are still some of the most favored picks in-game. However, Respawn Entertainment has decided to shape up the balancing of the game once again. The Lost Treasures patch has a few surprises to make more picks worthwhile. Here we will look at what room these balance changes have on a few of Apex Legend’s weaker picks.

Revenant was one of the big balancing points of the most recent patch. He now has huge buffs to his ultimate and silencing capabilities. These two changes are the focal point of this conversation.

The silence now affects Wraith’s and Pathfinder’s ability to maneuver around the map so effectively. Revenant's Silence ability is now an even bigger deal, as it directly targets two meta-features of those picks in competitive play. A highly skilled Revenant player can stop Wraith from phasing while denying a grappling Pathfinder. These are two abilities that players use to avoid unfavorable combat or to get into favorable fights. This buff is key to challenging two of the most dominant picks in Apex Legends.

The silence buff comes with perfect synergy with his Ultimate- Death Totem. This ability now has no range on Revenants ability to resurrect at the totem’s placement. This means Revenant has a better place to challenge the other key elements of Apex Legend’s most dominant composition.

These two buffs have improved Revenant’s win rate that was previously 4.75% before patch day on June 23. Revenant has moved from a bottom-five Legend to a top-four legend, according to DanielZKlein, a developer for Respawn Entertainment.

Lifeline has found her place in the game once again. Lifeline’s new revive ability gives the Lifeline a better chance at defending herself and her downed ally in combat. Previously, Lifeline had to enact the revive herself, but now she has a robot to do it for her.

With the change, Lifeline is now in a position to provide even better support to downed allies. Here is one example of a clip on Reddit by u/GENERAL-HONKYY of how well the new revive works.

This lifeline buff is wild haha from apexlegends

Lifeline now has plenty of more opportunities to contribute to the team effort. Her last passive meant she had to temporarily take herself out of action in combat to revive a downed ally. This meant that one of three members on the team had to provide cover fire. This is no doubt better for Lifeline, especially as Mirage is much better at reviving downed teammates himself.

Doubt the significant improvement of this revive? Once again, Daniel Z Kein tells us Lifeline is the second-best win rate in the game right now. She is only just trailing behind Wraith as the best pick in the game.

What does this mean?

What this means now is that Apex Legends is at one of the most balanced metas to date. Lifeline and Revenant, a support and damage class respectively, has seen significant improvements. Meanwhile, Pathfinder, Wraith and Wattson persist as a competitive composition. Tank players can also flex their approach to Gibraltar and Caustic because of their prowess in open and closed situations. We still need to monitor just how dominant both Revenant and Lifeline can be in a pro setting. But for now, Apex Legends players can find comfort in a variety of picks performing well.